It is an infamous episode that seems to be passing almost unnoticed. And yet no other single event during the second world war claimed more East Anglian lives or inflicted greater suffering.

I refer to the beginning of work on the Burma-Thailand Railway, the so-called Railroad of Death, that cost an estimated 102,000 lives to build. Indeed, so many men succumbed during its construction that it has been said that one man died for every sleeper laid.

The overwhelming majority  – perhaps as many as 90,000 – were Asian labourers, but around 12,400 Allied prisoners of war from a total work force of 61,000 also died, victims of disease, starvation, cruelty and neglect. 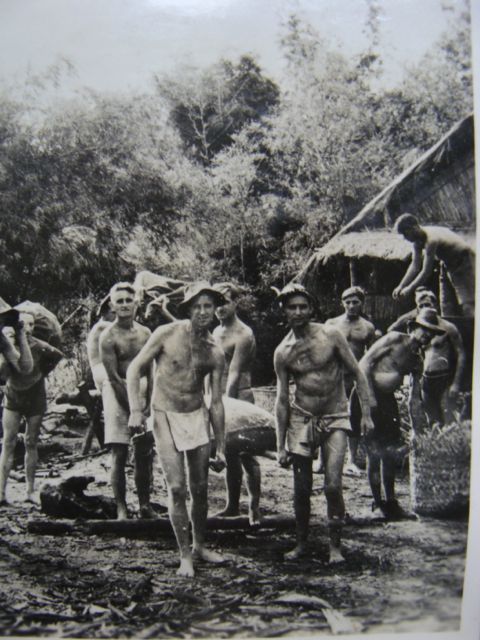 Jungle ordeal: prisoners of war in one of the railway camps.

Most were men captured when Singapore surrendered in February 1942 with a large proportion belonging to the ill-starred 18th (East Anglian) Division which had been diverted from its planned deployment in the Middle East and sacrificed on the altar of political unity.

I have been remembering these luckless men over the past few days; re-reading some of their pitiful accounts as I prepare to write an article for the Eastern Daily Press, marking the 70th anniversary of this most wretched of all wartime milestones.

I say anniversary, but there is no particular date that may be said to be the precise starting point for this hideously miraculous feat of engineering. Preparation for the work had begun as early as the spring with advance parties leaving prison camps on Singapore island in April. But construction did not really get under way until the autumn, by which time new camps had sprung up at either end of the line.

Few of the prisoners who left Singapore during the summer and autumn of 1942 had the slightest idea of where they were headed or what they were to do whenever they reached their destination. Most, in their naïveity, imagined that no matter what their fate it could not be any worse than anything they had previously experienced.

Many, like Charlie Carpenter, a pre-war regular serving in the 5th Royal Norfolks, were keen to go. “Although the work was certain to be arduous, the rewards, we were promised, would be greater. A bigger rice allowance, more fresh meat and vegetables and we would be paid at the rate of 20 Japanese dollars a month – enough to buy extras.”

Rarely can so many have been so utterly duped.

It took only a matter of days for the dreadful truth to dawn on them – the illusion lasting no longer than the miserable 1,200 mile rail journey north, through Malaya into Thailand.

Eddie Knowles was among a party of East Anglians who departed Singapore in October 1942 for ‘destination unknown’. The agony began the moment they stepped aboard the trains with 31 men crammed into a single 30ft long steel box truck. 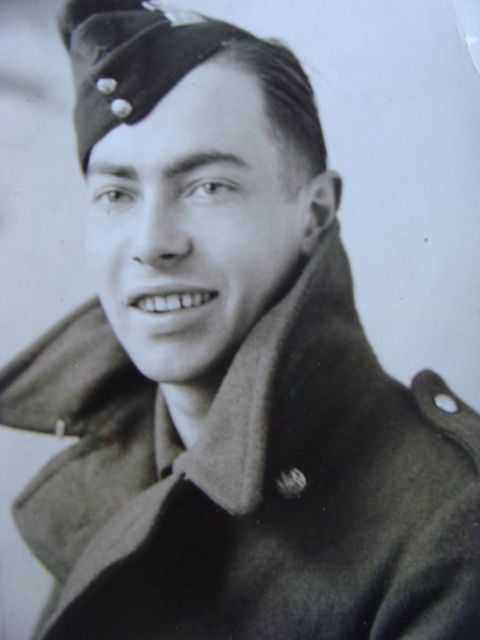 “As hot and uncomfortable as it was in the daylight hours with no ventilation except when we were able to open the side sliding doors… it was far worse at night,” wrote Eddie. “It was possible to stand or sit down, but lying down to sleep was out of the question…”

To Charlie Carpenter the journey was simply “hellish”. “It was hot and sticky, and some of the men were already suffering from a mild form of dysentery. The stench became unbearable…”

Yet, bad though it was, what followed during the year-long construction programme would prove infinitely worse. Worse, in fact, than their worst nightmares.

Indeed, for all too many, that gruelling train ride northwards would prove a one-way journey. “We didn’t know it at the time,” wrote Eddie, “but most of the lads in our rail truck were destined never to leave the Far East again…” 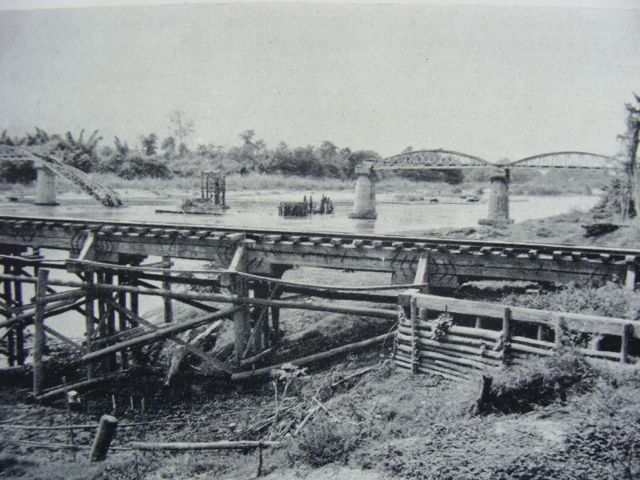 Under fire: the bridges over the Kwai at Tamarkan shortly after the end of the war. The effects of Allied air force bombing is clearly visible.

An infamous anniversary to be sure. But one that should never be forgotten.