Maybe it’s the wintry weather. Maybe it’s simply the knowledge that another milestone anniversary is fast approaching, but I find myself increasingly thinking of the terrible times 60 years ago when vast tracts of Norfolk’s coastal territory was inundated by the sea in one of the worst natural disasters this country has faced in a century or more.

What followed that first terrible and terrifying onslaught on the night of January 31-February 1, 1953 was an epic saga awash with carnage and courage. For those who witnessed it and survived to tell the tale it was a never-to-be-forgotten night. I wasn’t born until three years later, but the story of the East Coast has held a special fascination to me for almost as long as I can remember.

Why that should be so, I have no idea. No one from my family was caught up in the night’s drama so far as I know, but since my days as a cub reporter I have been drawn back to the story time after time; interviewing people who were trapped by the sea’s deadly surge and people who risked their lives to rescue them.

Just recently I focused my efforts on talking to people who were involved in the flooding at Snettisham, on the edge of The Wash. I was interested particularly in the efforts made to reach people cut off by the 10ft high flood-tide around Snettisham Beach. Prominent among them was the village bobby, Henry Nobbs. In the absence of any organised assistance, Nobbs and a sergeant from the neighbouring village of Dersingham, Gerald Bunney, organised their own rescue effort, helped by local villagers. 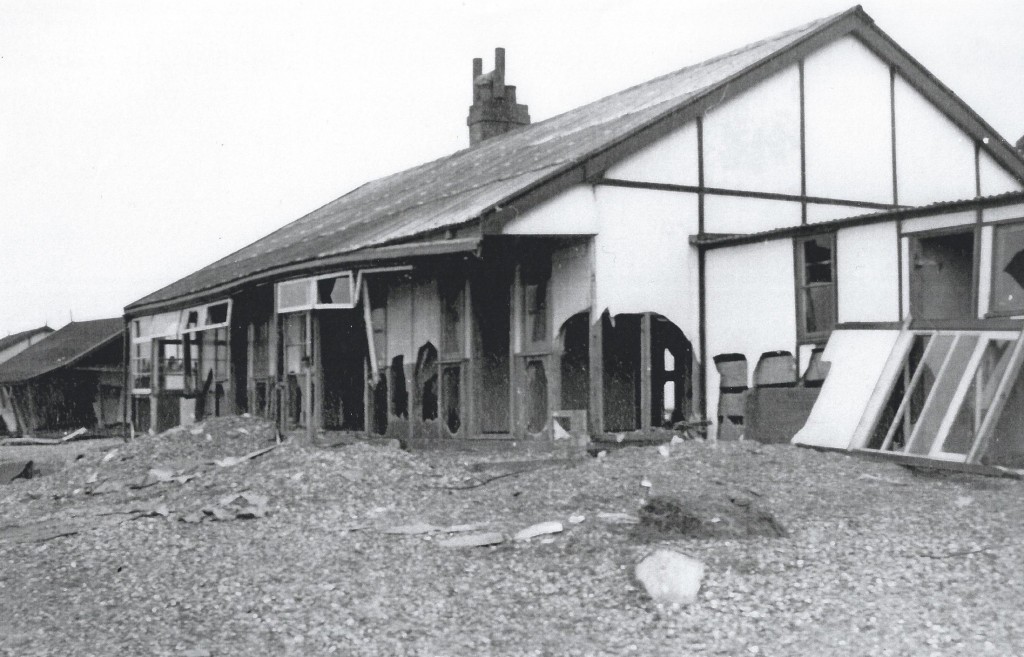 A line of wrecked bungalows and chalets at Snettisham beach after the floods subsided. In all, 25 people lost their lives from this small Norfolk coastal community on that terrible night 60 years ago and more than 140 homes were wrecked.

Using a coil of rope taken from a local farm, and accompanied by Noel Linge, Henry Nobbs established a rope line between a row of telegraph poles leading to the beach. What followed was set out in the citation for the British Empire Medal for gallantry that Henry was deservedly awarded:

“Owing to the terrific current, and waves whipped up by the severe gale which was blowing, only slow progress could be made from telegraph pole to telegraph pole. At each pole the line was made fast to steady the men on the rope and allow further penetration into the flood and also to leave a life line back to safety.

“One man was found in an exhausted condition. Nobbs left the rope and grabbed this man and brought him to safety. The flood water at this point was very strong and high and but for this immediate rescue the man would have been drowned in a very short time…”

Henry Nobbs stuck to his task throughout that long night and was eventually joined in his self-ordained rescue mission by Sgt Bunney who had battled his way through to the village. Once, he had been forced to make a rapid retreat, racing the torrential flood all the way back to Dersingham where he warned villagers of the danger. Then, without a thought for his own safety, he headed back, along a different route, into the worst-affected area to team up with PC Nobbs. 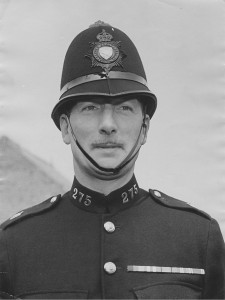 Hero of the floods. Village bobby PC Henry Nobbs who received a British Empire Medal for his feats of rescue.

That night Sgt Bunney led a party to a house flooded as high as the first floor in which 18 people were sheltering. “During this rescue,” an official account ran, “one of the rescuers, who was carrying a child, was attacked with cramp and fell in the water. Sgt Bunney immediately helped him and both the man and the child were safely brought to dry land.”

Like Nobbs, whose tireless exploits included helping save three people perched in the rafters of a flooded holiday camp building, Bunney survived to received a BEM, presented at a special ceremony the following November.

In the days that followed the floods much of the media focus was fixed on the heroic efforts of American servicemen to save lives further north in the devastated coastal communities of Heacham and Hunstanton. The stories of the local beat policemen who left their homes and waded to the rescue without the aid of special life-saving or communication equipment were somewhat lost amid the trans-Atlantic hullabalo. But 60 years on, I can’t help thinking the bobbies who put their lives on the line to save others deserve some lasting recognition. 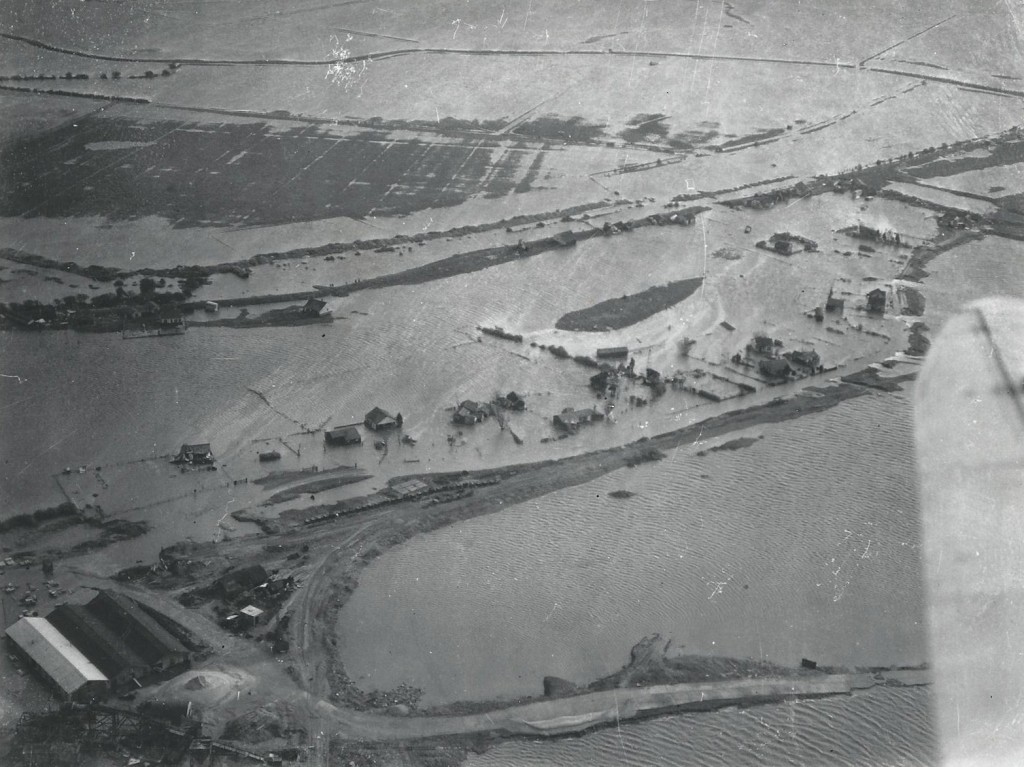 A sea of desolation. An aerial photograph showing the floodwater behind the shattered beach homes at Snettisham.

For now, though, you can pay your own respects to the people who died and those who risked everything to rescue those trapped along the coast at Snettisham by attending a commemorative service of remembrance in the Market Place on Thursday, January 31 at 6pm. An exhibition of photographs and artefacts will also revive memories of the night the sea burst through the beach defences. It is being staged on Saturday, February 2 in the village’s Memorial Hall.