‘Since any story has to start somewhere, this one begins during the worst year of the great world depression, when there came to our school a young student teacher, perhaps no more than 18 years old…’

Such are the opening lines to a remarkable memoir, one that is dominated by the Second World War and a struggle for survival that makes for both harrowing and inspiring reading.

It was written some years ago by Edwin George Henry Knowles, who is sadly no longer with us, and chronicles in great and graphic detail his experiences as a conscript soldier in the Norfolk Regiment, transferred at the last moment to a unit bound originally for the Middle East but destined to be diverted to Singapore and the disastrous campaign in Malaya.

Eddie, who was born in Dereham in 1920, was not a hero in the traditional sense. He did not charge machine-gun posts single-handedly. He did not dash out into no-man’s-land to carry a wounded comrade to safety. And yet so much about his prolonged endurance in Japanese captivity was truly heroic, just as it was for hundreds of his comrades caught up in one of the most wretched ordeals of the Second World War. 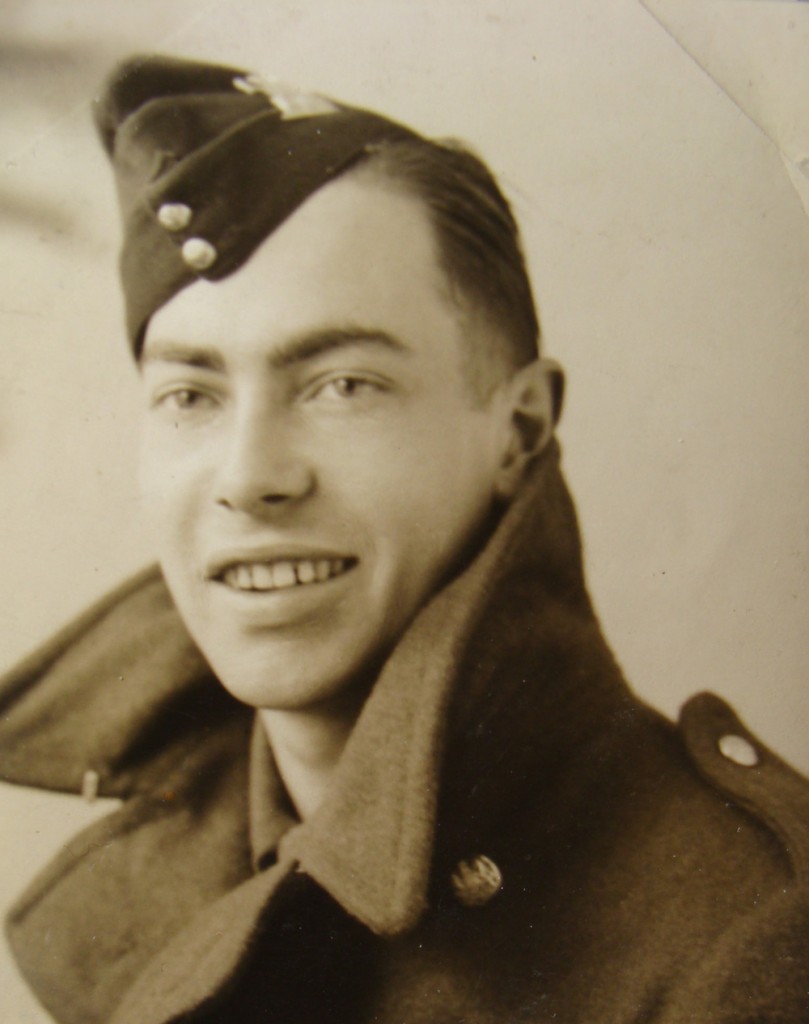 But if his experiences were not exceptional, his narrative certainly is. I have read many accounts written by former prisoners of the Japanese. Some have been profoundly moving. Many have been filled with horrific stories of appalling maltreatment. But none that I have read have touched me more than Eddie’s straightforward, unvarnished and remarkably fair-minded record of the life of an ordinary soldier from a loving family pitched ill-prepared into a nightmare almost beyond belief.

Dedicated to ‘my friends who did not grow old’, it follows his progress from schoolboy through to raw recruit, serving with the 50th (Holding) Battalion of the Royal Norfolk Regiment on coast defence duties, and then last-minute reinforcement, despatched in October, 1941, to bring the regiment’s territorial battalions up to strength ahead of their long journey overseas.

Eddie joined the 5th Battalion at Marbury Hall, near Northwich, in Cheshire. From there, he wrote what would prove to be his last letter home – it was ‘cut to pieces by the censor’ – for almost four years. By October 24, they were kitted out, packed and ready to leave for the nearby railway station on the first leg of their epic odyssey.

‘By a brilliant bit of organisation we were to arrive at the same time as the rush hour commuters who were heading home,’ noted Eddie. ‘They were to be a little later than usual this night for with all our gear we were ‘fell out’ in front of them on the platform to wait for our troop train.

‘My section found ourselves among a group of office girls who kissed us all goodbye, several times, and said they would always remember us; we were sure they wouldn’t but it was still a nice send off. And with our civilian friends waving, we heaved ourselves aboard the train.

‘This had not been intended by our army masters. It was like a scene from an old movie, but the moment was almost lost by the singing – the awful rendering of ‘When They Sound The Last All Clear’ by the departing soldiery as the train pulled out.’

The passage is typical of so much else in Eddie’s memoir, descriptive, evocative and full of those little human details which bring the past so vividly back to life.

The rest of his incredible story continues in similar vein through seven ring-bound folders, each word handwritten in capital letters, as he battles against defeat and despair.

There were times when he came close to giving up hope of ever seeing home again, particularly during his battalion’s breakout from encirclement in Malaya and during the darkest days of captivity.

Remembering one spell in Chungkai hospital, surrounded by a depressing host of skeletal, shrunken-eyed dying men, he observed: ‘One cannot over-estimate the value of life. For me, in spite of the suffering, the fight to hang on to it was never more essential than now, even among all the squalor of the dysentery ward. I was just 22, had so much to do, and could not bear to think of leaving for good the things and those that I loved.’

In the end, he did emerge alive and with a confusion of emotions; of relief mingled with great sadness. ‘Nothing would ever equal the sheer relish and excitement of that time,’ he wrote and added: ‘I thought of my mates… who had been pulled into the army and had left England’s shores with me and so many more [and] who would never return home – of poor Rush, who had died in hospital beside me at Changi on his 21st birthday, and that me sad. Then, in a change of mood, I was still young and I had much to do.’

Eddie, who settled in Norwich, lived on into his 80s. Though his later years were marred by declining health and bouts of depression, he never forgot his mates he left behind in Singapore and Thailand. In later life, he journeyed back to south-east Asia to visit their graves and the scenes of his lost youth. As he wandered through the ‘beautifully kept’ cemeteries at Chungkai and Kanchanaburi, he felt as though he was being guided by some unseen force to the graves of his ‘special friends’ among the thousands that were there – ‘young lads who had died so far away from home… brave young comrades who gave their youth and their lives to a cause that was already lost’.

And now it is time to remember Eddie, the ‘unsung’ chronicler of a war without pity. Next week, I shall have the privilege of joining those closest to him when they present his extraordinary memoir to the Royal Norfolk Regimental Museum to be preserved for posterity so that future generations can read of what ordinary men like Eddie endured and survived 70 years ago.

I was loaned Eddie’s memoir as part of my on-going research for a book on the 18th Division during the Second World War. If anyone has any first-hand accounts by men who served in the Divison – either in the three Norfolk, two Suffolk, two Cambridgeshire infantry or support units – I would like to hear from them. You can get in touch either via my website or by calling me on 01603 435624.