It’s been a hectic few weeks on the military history front. Beginning with the deeply affecting service in Norwich Cathedral commemorating the 75th anniversary of the fall of Singapore, it has involved interviewing two inspirational veterans – one a nonagenerian survivor of one of the worst defeats in British history and the other a centenarian who took part in one of the most critical actions of D-Day – as well as copy-editing my new Gallipoli book and writing articles about Norfolk’s most decorated frontline soldier of the First World War and one of the conflict’s most celebrated small ship encounters between an armed schooner and a German U-boat.

And all of that wrapped up with hugely enjoyable and stimulating meetings with my old book-writing mentor Gerald Gliddon and generous spirited medal-collecting friend Mike Emsden. Not to mention a life-affirming and thoroughly exhausting party to celebrate my eldest grand child Pippin’s fourth birthday!Life is certainly not dull at the moment.

The cathedral service, organised by the National FEPOW Fellowship Welfare Remembrance Association, gave me a chance to renew my contacts with the organisation’s tireless secretary and chaplain, Pauline Simpson,  and the sprightly Robyn Eaton, widow of the late and much-missed Tom Eaton, a former company commander of the 4th Royal Norfolks who became a greatly respected president of the Norwich FEPOW Fellowship and a far-sighted Lord Mayor of the city he so faithfully served for more years than either he or I cared to remember.

It was also an opportunity for me to chat with Jack Jennings, a 98-year-old veteran of the 1st Cambridgeshires, and to record a face-to-face interview with Bob Hucklesby, the redoubtable chairman of the Remembrance Association who, as a young Lowestoft territorial, endured three and a half years cruel captivity as a member of the ill-starred 560 Field Company, Royal Engineers.

His unit formed part of the unluckiest division to leave British shores during the Second World War – the 18th Division, composed mainly of units from Norfolk, Suffolk and Cambridgeshire.

Trained for desert warfare in the Middle East, they were diverted to Singapore and sacrificed on the altar of political expediency in what, for most of them, was an already forlorn if not entirely lost cause.

After some fierce fighting on the Malayan mainland and in a last-ditch defence of the island of Singapore, they faced an even greater struggle for survival in the merciless hands of an often barbaric enemy in squalid prison camps dotted along the course of the notorious Burma-Thailand ‘Death Railway’, around the coalmines of Taiwan and the factories and dockyards of Japan.

Theirs was a truly wretched war whose sole saving grace was the comradeship born of shared hardship that has endured more than 75 years and which is now being carried on by their descendents.

If my meeting with Bob Hucklesby wasn’t remarkable enough, I was then treated, a few days later, to the opportunity of hearing first-hand what it was like to go ashore on D-Day with a unit that was destined to be involved in one of the most difficult and critically-important operations of that so-called ‘longest day’.

Ken Mayhew, who unbelievably celebrated his 100th birthday, a short while before my visit, was in command of the 1st Suffolks’ Bren-gun carriers and, blessed as he is with a wonderful memory, he was able to talk me through the years’ of training that culminated in his battalion’s assault on the Hillman fortress which was overlooking Sword Beach and barring the way to Caen.

That interview, which should form the basis of a couple of articles, was inspired by a terrific new exploration of the action by Richard Kennan and Jim Ring of Norwich-based Gig House Films. 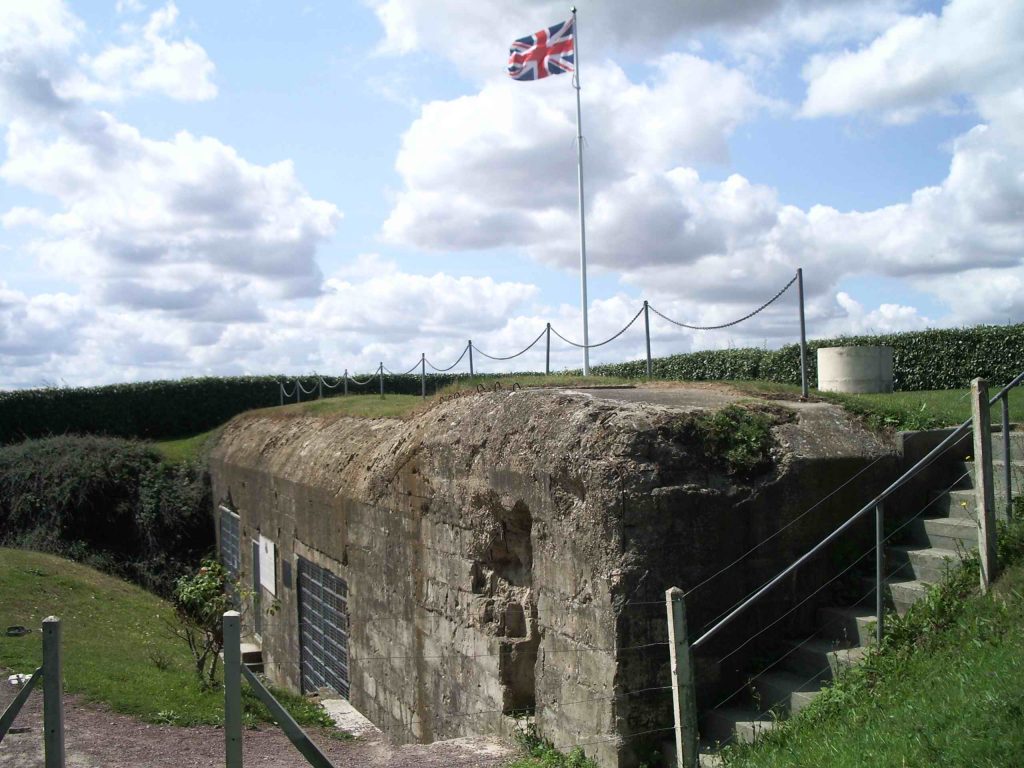 Their film, commissioned by the Trustees of the Suffolk Regiment Museum, is testament to the courage displayed to overcome one of the most formidable of all the German army’s Normandy defences and brilliantly evokes the horror and the heroism of an action which deserves to be better known.

As well as bringing alive a story of great fortitude and gruelling endeavour, the film, which is due to be launched in Bury St Edmunds in a couple of weeks, captures forever the memories of those few survivors – men like Ken Mayhew who helped pave the way to final victory some 12 months later. For more details of The Suffolk Regiment on D-Day visit www.gighousefilms.com